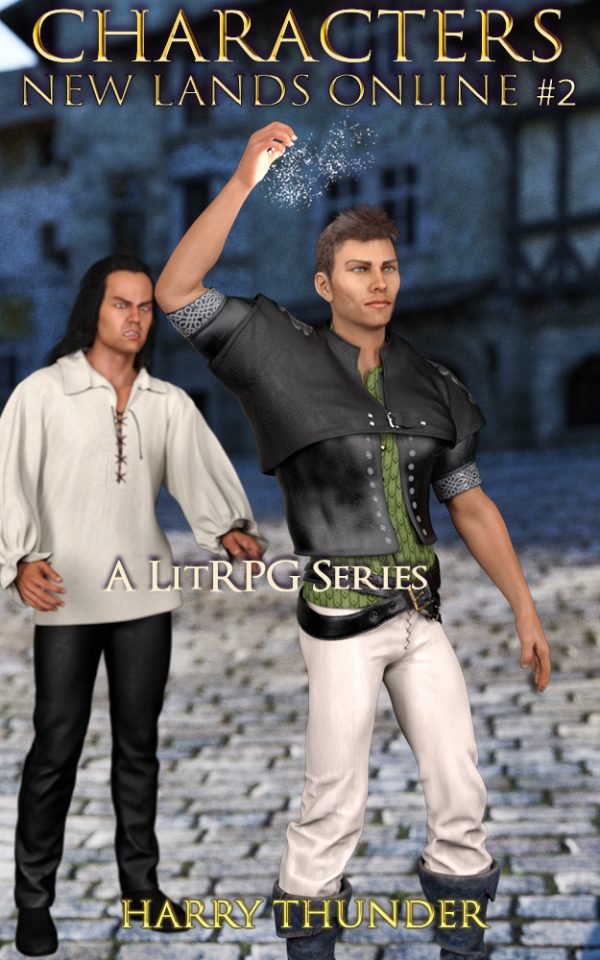 Jack had defeated the hideous monster in the Three Rivers, and then left for Carthun, a new land where he might be able to meet characters, like him. In the small village, everyone he’d met was an NPC. Despite that, he made friends and learned a great deal.

Arriving in Carthun, Jack quickly makes friends with a few characters and together, they form a party. In the game world, Jack knows knowledge is power, and the more he learns, the better equipped he’ll be the next time somebody comes after him. Of course, after he meets Oliver, a wizard, hope to transform the Mananite ore into usable magic items springs anew.

Unlike a small town, larger cities have their own factions and politics. Jack will have to make friends with the right people, and keep his head down, if he’s to learn why the creature was so afraid he’d make it to this new country.

As Jack’s enemies multiply inside the game, desperate to take him out, will he grow strong enough to continue surviving? Will the Mananite lead to breakthrough opportunities with magical items? Find out in Characters, book 2 in the New Lands Online Series.

Pre-order this exciting adventure now to get it the day it’s released.

The second volume in the series New Lands Online, the story follows Jack Holmes through his adventures in ALFA, a hyperrealistic video game environment where he landed after an explosion in his house nearly destroyed his body. During the time between book one and two, Jack traveled through a perilous mountain terrain, avoided getting eaten (barely) and learned more skills, gained experience, and a few new levels.

For this book, you’ll enjoy the team up with taciturn Oliver, a wizard, stoic Brandon, a warrior, and spry Amelia, a thief. With a party, Jack is more well equipped to survive, despite the mounting challenges that await.

Huge fantasy and science fiction fan, grew up reading paperbacks since middle school, role playing game based stuff that continues to inspire the worlds and works I now create.